You are here: Home > Things to do > Bexhill Museum 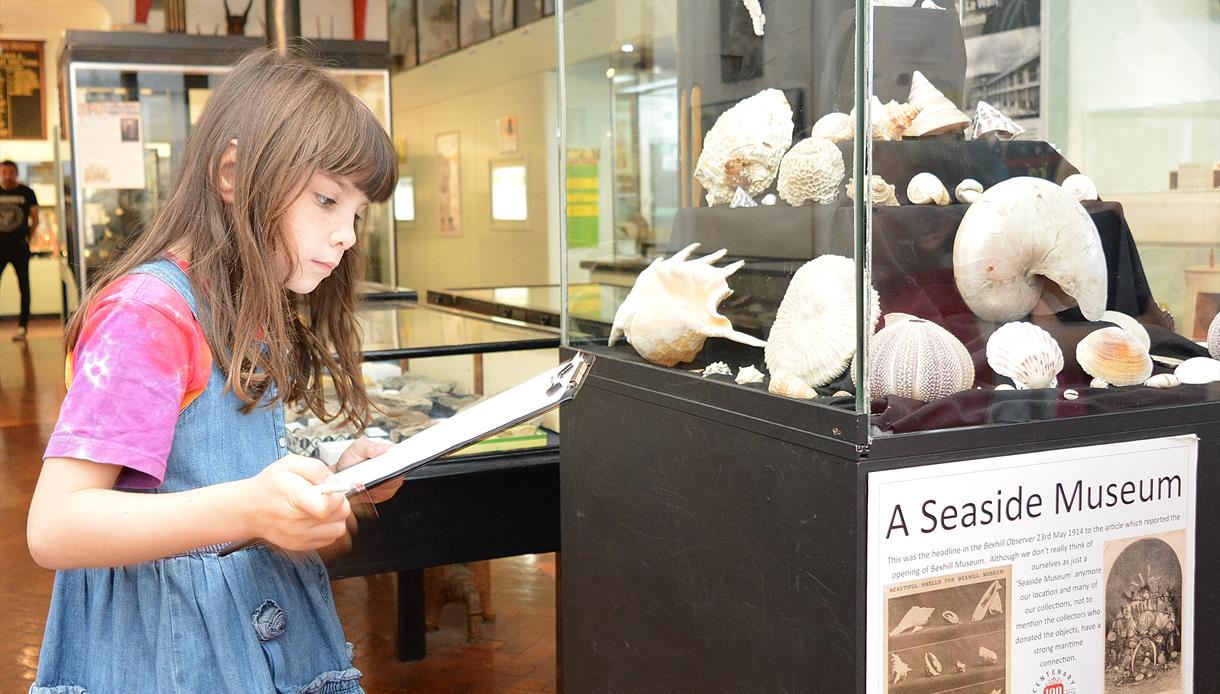 It’s curious, it’s quirky, it’s packed to the rafters with diverse objects with a surprise in every cabinet and around every corner. It’s no wonder that Bexhill Museum has such a varied assortment of delights – it’s been around for 105 years.

Whether you’re a local person or a visitor who knows nothing about the town, don’t think there is nothing here for you. The two most common comments in our visitors’ book and online are “I didn’t realise there was so much in it” and “It’s a little gem.”

The original gallery has now been joined by three others – the latest being opened in September 2019. Each has a different theme and children are well catered for in each gallery with free quizzes to encourage them to look and find.

We are also getting a name for ourselves among the model railway fraternity with two layouts linked to actor Eddie Izzard, a local lad and the museum patron.

We’re big on dinosaurs. The Sargent Gallery, named after a long-serving curator, has dinosaur footprints (found on the beach) and dinosaur fossils. See a bone from the world’s smallest dinosaur, found in Bexhill.

There are lots of natural history and geology exhibits, giving an impression of a curio collection assembled by Victorian or Edwardian collectors. Indeed, that is where a lot of the stuff came from in the early years of the museum.

One of the surprising sights is the original architects’ model of Bexhill’s De La Warr Pavilion. Until you see this you won’t realise the town has only half a Pavilion. One of the volunteers will explain it to you.

The Costume and Social History Gallery has clothing through the ages including a dress worn by Queen Victoria. It has a chequered history.

In between the costumes are old household items and toys – and you don’t have to be too old to recognise some of them. Star Wars, anyone?

And what would a costume gallery be without the opportunity for children to dress up in various costumes? Let them take their pick.

Bexhill has a part in the history of motor racing in Britain. What is recognised as the first race in the country took place in 1902 along the seafront. Come and discover the reasons behind it. You can also see a reproduction of the car which won the race in the Motoring and Transport Gallery.

Here also is Eddie Izzard’s childhood train set where you can set two trains running. Again, one of our volunteers will explain the story behind the set. Another model railway is the centrepiece of the Bexhill in World War II Gallery. This shows Bexhill in December 1940 when the town was covered in deep snow.

Eddie’s father, John, was a 12-year-old at the time and always remembered the snow so Eddie had the idea of designing a railway layout as a tribute to him. A volunteer will give a presentation about the railway and other items in the gallery.

Oh, and you might also be treated to a volunteer playing on the museum’s 120-year-old piano.

Find out more about the museum, including an interview with its curator, here.

Note: Prices are a guide only. For further information please visit the website.

Nearest major road is B2182 (Bexhill seafront). On north side of West Parade by the clock tower. 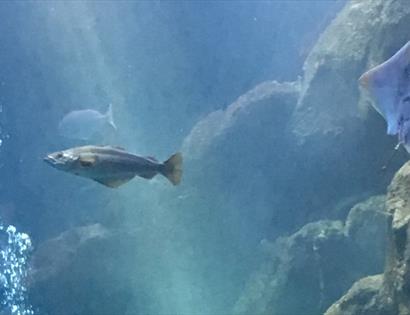