You are here: Home > What's on > HPO Singers - A Ceremony of Carols

HPO Singers - A Ceremony of Carols 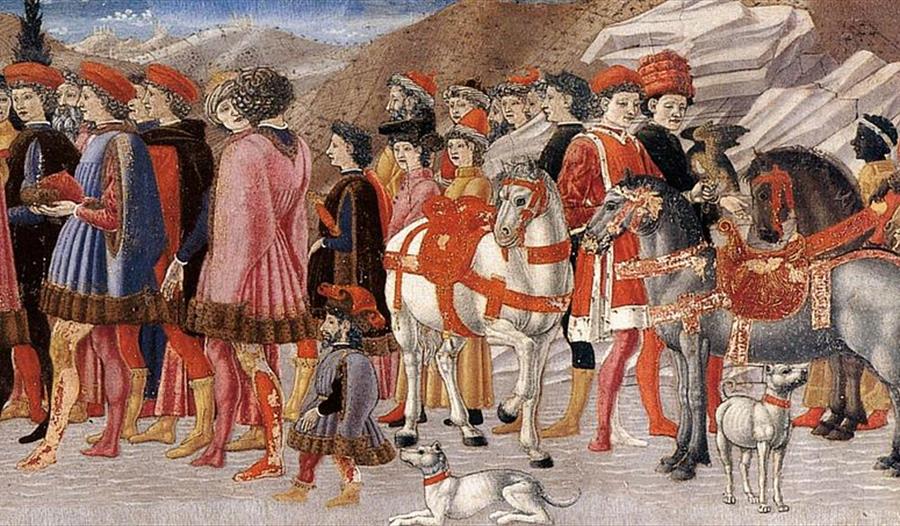 The HPO Singers are a semi-professional chamber choir formed by Marcio da Silva in 2020. A select group of amateur singers, who rehearse together regularly, are joined by a group of professional choral singers for the final rehearsals and concert performance. We are delighted to welcome you to the first HPO Singers concert of the 2021-22 Season.

BRITTEN Ceremony of Carols
A Ceremony of Carols, Op 28, is an extended choral composition written by Britten in 1942 on his month-long sea voyage from the United States to England; his return journey after three years sojourn abroad. During the voyage the ship stopped in Halifax, Nova Scotia, where Britten purchased a book of medieval poetry. Poems from this book, along with Gregorian Chant and other poetry spanning 14th to 16th century England, were the inspiration for the work, which includes elements of the Christmas narrative as well as references to the re-birth of spring. They retain their unique flavour due to Britten's extensive use of old English language.

The work was originally premiered by a women's choir and then subsequently revised and published as a work for treble choir and harp, although it has since been arranged for various voice combinations. It is structured in eleven contrasting movements, many of which are written as lyrically simple rounds or call-and-response pieces. Originally it was conceived as a series of unrelated songs, but Britten later unified these into one piece using a processional and recessional unison chant and a harp solo based on the Gregorian antiphon 'Hodie Christus natus est' and a few motifs from 'Wolcum Yole'. Britten composed the music at the same time as the Hymn to St Cecilia and the style of the two pieces is similar.

WHITACRE When David Heard
When David Heard, premiered in 1999, was commissioned by the Barlow Endowment for the Arts for the Brigham Young Singers, the choir conducted by Dr Ronald Staheli. Eric Whitacre comments that, Staheli, more than any other conductor he has ever worked with, 'understands my music'. He goes on to explain that: 'He is that rare musician who discovers more music in the music than the composer even realized was there.' For this reason, when Whitacre received the Barlow Commission to write a work for Staheli's amazing choir, he wanted to write 'something special'. Whitacre relates that Staheli had previously made the 'quintessential' recording of his Water Night. He observes that Staheli: 'seemed to find such powerful beauty in the rests, empty moments that became electric in his hands, so as I set out to write When David Heard I decided that my first and most principal musical motive would be silence'.

The text for the work is one single sentence from the King James Bible: II Samuel, 18:33.
When David heard that Absalom was slain, he went up into his chamber over the gate and wept, my son, my son, O Absalom my son, would God I had died for thee!

Whitacre recounts that, 'Setting this text was such a lonely experience, and even now just writing these words I am moved to tears. I wrote maybe 200 pages of sketches, trying to find the perfect balance between sound and silence, always simplifying, and by the time I finished a year later I was profoundly changed. Older, I think, and quieted a little. I still have a hard time listening to the recording.' He dedicated the work 'with love and silence to Dr. Ronald Staheli.'

VAUGHAN WILLIAMS Mass in G minor
Vaughan Williams Mass in G minor (1921) was written in 1921. In the late nineteenth century, England had been dominated by the German-influenced composers such as Parry, Stanford, and Elgar. It was only really with Vaughan Williams that music began to speak with a radically different, quintessentially English voice. 'There is no reason why an atheist could not write a good mass', insisted Vaughan Williams, and certainly Sir Richard Terry, the consummate musician-liturgist of his generation, was delighted with the new setting: 'In your individual and modern idiom you have really captured the old liturgical spirit and atmosphere.'

This duality between the 'modern idiom' and the 'old liturgical spirit' lies at the heart of the composition's success. It undoubtedly takes as its starting point the sound world of the sixteenth century with its modal writing and subtle imitation. Yet, although the Mass seems to reach back to a long-forgotten world, it is not some archaic exercise but new music, coloured by Vaughan Williams' love of rich harmonies and made more dramatic by the juxtaposition of twisting Gregorian-like lines with blazing choral antiphony. These effects are achieved by two unaccompanied four-part SATB choirs in dialogue with a solo SATB quartet who provide more personal, impassioned comment.

The keen listener can hear that the Mass in G minor was written in the early 1920s, during the period associated with pastoral pieces such as The Lark Ascending, The Pastoral Symphony and The Shepherds of the Delectable Mountains. Its musical link with the pastoral works is unmissable, as the piece is full of the expansive harmonies associated with the composer in his most 'English summertime' moments. However, the piece also has strong links with the revival of English polyphony and demonstrates Vaughan Williams' identification of his music with 'the imperishable glories of English prose'.

The composer dedicated the piece to Gustav Holst and the Whitsuntide Singers at Thaxted in north Essex, but it was first performed by the City of Birmingham Choir in Birmingham Town Hall in December 1922. Though the first performance was in a concert venue Vaughan Williams intended the Mass in G minor to be used in a liturgical setting. Sir Richard Terry directed its first liturgical performance at Westminster Cathedral.