You are here: Home > What's on > Christmas Gothic 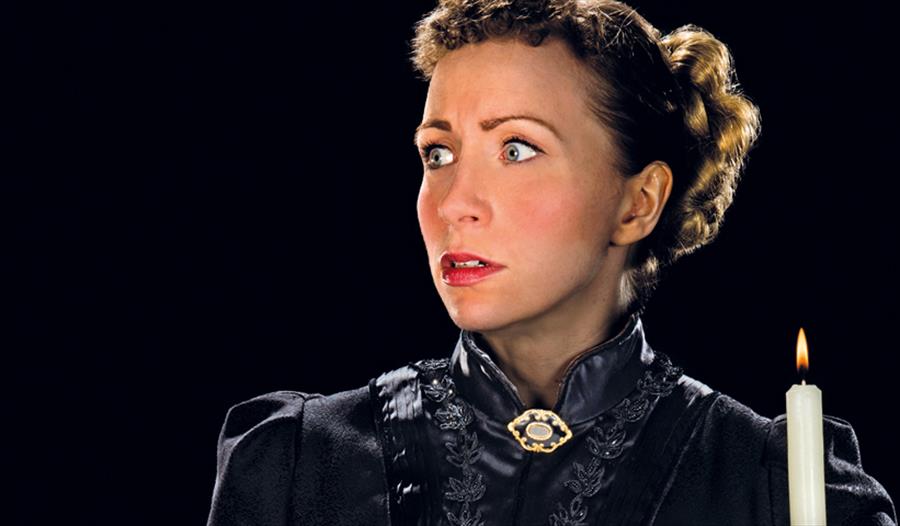 Written and performed by Rebecca Vaughan.

Come in from the cold and enter into the Christmas spirit as a dark and spectral woman tells haunting tales of the festive season.

From the creators of Jane Eyre: An Autobiography, Orlando, The Time Machine, Dalloway, The Unremarkable Death of Marilyn Monroe, Female Gothic, I, Elizabeth, The Diaries of Adam and  Eve, and Austen’s Women.

Christmas: a time to remember the past, celebrate the present, and look to the future; a time of feasts and festivities, of holly and mistletoe; a time of visits and visitations. A time of ghosts., lighting a candle to the frailties of human nature and illuminating the icy, chilling depths of the bleak, wintry dark…

Following the international touring success that was Female Gothic, Dyad Productions resurrects a Victorian tradition by presenting three seasonal tales of terror to scintillate the gooseflesh on dark  Christmas nights.

Dyad Productions creates, produces and tours classic theatre with an innovative and contemporary emphasis. Christmas Gothic (2015) is the only Dyad production to be released outside the Edinburgh Fringe, due to its festive natu re and has already proven to be a 5-star staple of the Christmas theatre season. Other Dyad productions, Orlando, The Time Machine, Jane Eyre: An Autobiography, Austen’s Women, I, Elizabeth, The Diaries of Adam and Eve, The Unremarkable Death of Marilyn Monroe and Dalloway garnered five -star reviews at Edinburgh, 2009–2018; Austen’s Women and I, Elizabeth returned for subsequent sell -out runs. The Diaries of Adam and Eve was published in 2013 (StageScripts) and The Unremarkable Death of Marilyn Monroe in 2016  (Samuel French). All ten Dyad plays continue to tour across the UK and internationally.