You are here: Home > Food and drink > The First In Last Out (FILO)

The First In Last Out (FILO) 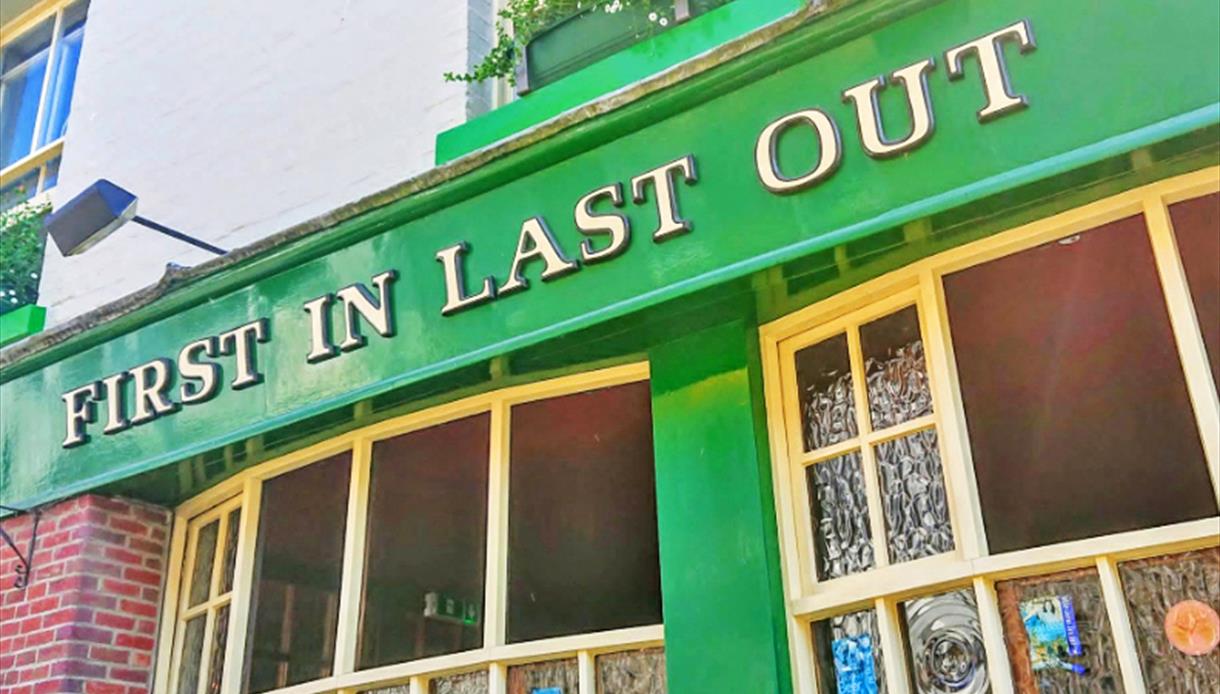 The bar area is both light and airy in the summer and warm and snug during the winter months. Customers have the choice of sitting at the bar or occupying one of the booths.

There is a conservatory dining room at the rear of the bar offering panoramic views of the Old Town and the East Hill. This room is used for restaurant dining and it can also be available for private functions. Children are welcome in the dining room until early evening. Wi-Fi is available.

The pub does not have a jukebox or any fruit machines. It does however have playing cards and backgammon available!

The original brewery consisted of four milk pasteurising tanks that were adapted to become the mash tun, copper and sedimentation tank with a brewing capacity of five brewer’s barrels. The current owners, Mike Bigg and family, bought the pub and brewery in 1988 and have been brewing ever since. In 2000 a radical decision was made to have a comprehensive overhaul of the brewery with the installation of purpose built brewing plant and also a change of name from St.Clements Brewery to the FILO Brewery.

With an increase in demand, the brewery was relocated to a grade II listed stable at Torfield Cottage in August 2011. This provided more space, enabling an increase in production and also incorporated a dedicated cold store.  They now supply beers to the cask ale market and of course, still at the First In Last Out, in the High Street.

To celebrate the move, a new beer was brewed - a pale ale which they called ‘Churches’.