You are here: Home > What's on > Hastings Philharmonic Orchestra in Winchelsea 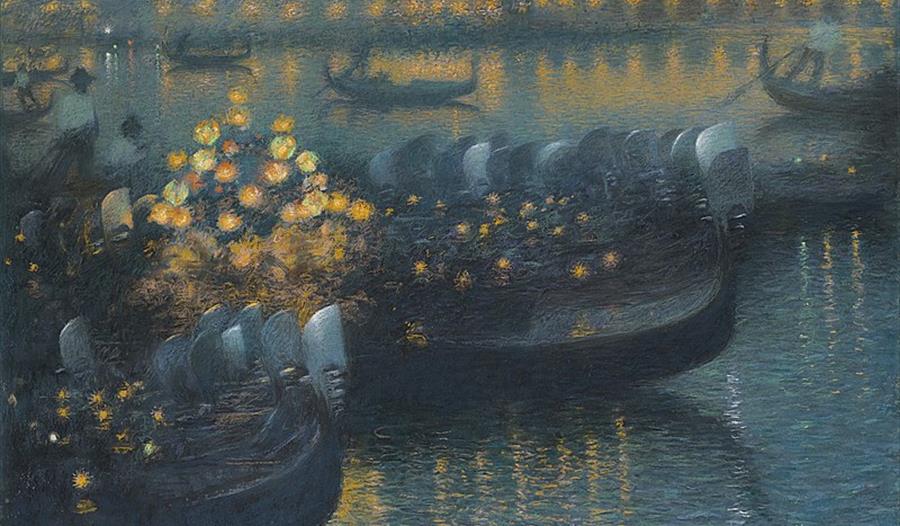 HPO is keen to foster links with local towns and festivals. It is always a pleasure for the orchestra to play in a variety of venues and to engage with different audiences. This year HPO will be visiting a range of sites in the county.

Please check our publicity materials to look for concerts near you. We have chosen varied repertoire for these concerts, so we hope that you will be inspired to travel to hear concerts in a number of venues.
​
We hope you will read the notes below to find out more about the programme. They should give you a taste of the delights that are in store for you.


NIELSEN Little Suite for Strings
The Little Suite for Strings, composed when Nielsen was only 22, is one of his earliest works. It began life as a string quintet but, when shown the score with its density of the writing, Nielsen's teacher Niels Gade, suggested that it would be more effective for a larger ensemble. The suite was first performed in Copenhagen in 1888. In a later interview Nielsen said that the movements had subtitles: 'The Danaids', 'The Dance of the Charites' and 'The Bacchus Procession.'

The Suite begins in a serious vein with an elegiac first movement reminiscent of Grieg's Scandinavian Romanticism. The graceful second movement is full of good humour. It commences with a lilting waltz and then is followed by a more energetic dance section which has a vague Viennese quality to it. It features the occasional flat seventh grace notes that would later become so characteristic of Nielsen's music. The comparatively expansive third movement opens solemnly with the elegy theme of the first movement but soon breaks into an Allegro con brio of exciting exuberance. Though momentarily, a few storm clouds appear, the music sweeps forward to a triumphant conclusion.

MOZART Divertimento in D, K136
Mozart composed the Divertimento in D Major, K. 136, in 1772 in Salzburg, just before his sixteenth birthday. By that date he was composing fully mature works, had already been awarded the papal Order of the Golden Spur (1770), and had been received with honours by the most prestigious musical circles in Milan (1771). His elaborate 'rom-com' La finta giardiniera (1774) was just over the horizon.

Despite his youth, Mozart was hankering to prove himself with a major opera. He had started working on a new opera for Milan for the 1773 carnival season. The work, Lucio Silla, was Mozart's most ambitious Italian-language opera to date, and it seems likely that the Divertimento, K. 136 (one of three such works Mozart composed during the winter of 1772), was written as 'light-relief' at a rather stressed-out time.

Little more is known about these divertimentos. Mozart's prolific letters were only written when he was away from home, therefore gaps in our knowledge inevitably surround his Salzburg compositions. His official position in Salzburg was as concertmaster of the court orchestra, so the divertimentos were almost certainly written for one of the musical evenings held in the homes of Salzburg's leading residents at which Mozart frequently performed on both keyboard and violin. He may have intended the works for a 'divertimento' quartet - a string quartet with double bass instead of cello - or a chamber-scale string ensemble such as the one to be used for this performance.

Divertimento K136 is in three movements, fast-slow-fast after the manner of the Italian sinfonia. The first movement Allegro centres around a charming theme that ends with an amusing dynamic retreat. The development section moves into the minor key, surprising the listener with a second episode (violins over agitated violas and a pizzicato bass) where a less-inventive composer simply would have recapitulated the opening theme. The second movement Andante is warm and elegant, its two halves contrasted by a brief acceleration in the pulse of the accompaniment. A third movement is a spirited Presto.

DVORAK Serenade for Strings
The Serenade for Strings was completed in just twelve days (3-14 May) in the spring of 1875. The 1870s were exciting years for the young Dvořák. The first public performances of his works took place in Prague in 1872, and 1873 brought increasing success. This was a happy and productive period of his life. His marriage to Anna Čermáková was celebrated in 1873, and two of their nine children were born in the following two years. Having previously lived in fear of poverty, with a fragile meagre income based on free-lancing as a viola player, performing in ensembles in Prague's restaurants and theatres, and a limited role as a piano teacher, Dvořák had finally secured the job of organist at St. Vojtěch (also called St. Adalbert's), Church in Prague. And, for the first time in his life, Dvořák felt confident that his talent as a composer was being recognised. 1875 was a particularly fruitful year. He applied for and won the Austrian State Prize ('Stipendium') for composition, and in that year, he wrote his Symphony No. 5, String Quartet No. 2, Piano Trio No. 1, the opera Vanda, and the Moravian Duets.

The Serenade was premiered in Prague in December 1876, by the combined orchestras of the Czech and German theatres. Apart from the finale, which is in modified sonata form, the Serenade is constructed around three-part song form (ternary – ABA form), using thematic material frequently imitated in various voices. It is one of the composer's most popular and most regularly performed works.

The work consists of five movements. The first movement has a cantabile style with a lyrical first theme and a dance-like second theme based on a dotted rhythm. The second movement is a slow waltz, including a lilting dance melody in C-sharp minor and a contrasting second theme in A major. The third movement is a lively, spirited Scherzo in F-major. The main theme is stated and subsequently developed in sections of different tempos and moods, including a foray into A major. The fourth movement is lyrical and slow. Its flowing melodies and tender phrases are tranquil and wistful. The third theme of the second movement is quoted repeatedly throughout. The exuberant fifth movement is a lively, offbeat finale, conveying the spirit of a Bohemian village dance. The principal theme is a descending figure based on thirds with accents on weak beats, but the movement also includes a wistful recollection of the melody from the preceding Larghetto. It ends with a Presto coda.