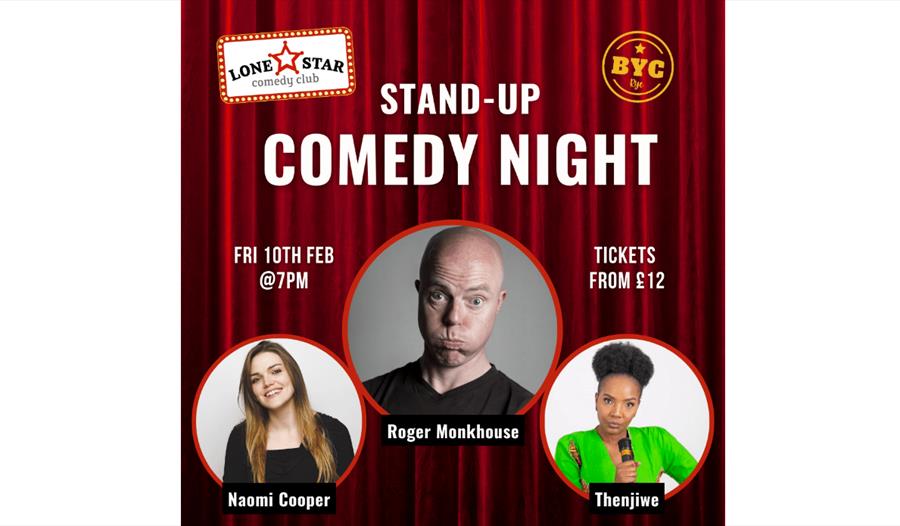 Doors will be open from 7PM for this event and the comedy is scheduled to start at 8PM. If you've purchased a ticket which includes a meal, you'll receive this in the interval, which will last about 40 minutes. Our hot meals come with 2 options: meat or vegan. We'll serve chilli con carne over a bed of white rice for this event. Please contact us in advance if you have any questions about the ingredients.

A highly original and quirky performer, Roger Monkhouse`s trademark stage-prowling style and curious, inimitable manner have established him as one of the hottest names on the comedy circuit. Supremely confident, with audience banter down to an art form, Roger is happy to improvise freely but has no shortage of first-class material in his armoury.

Known to many for her hilarious YouTube comedy skits which have become viral and made her a household name, all topics are fair game for this comic diva who gave up her career in Law to pursue stand-up comedy full-time. Thenjiwe is one of the most highly recognised and popular South African stand-up comedians on the road today and we can't wait to welcome her to Rye!

Naomi is a rising star on the British comedy circuit and has performed across the UK and Europe, including the Netherlands, Hungary, Turkey, Austria, Crete, Belgium, Romania, Switzerland and Estonia. In 2020 she was named as one of eight finalists in the Funny Women Stage Awards.

"A comedy badass...Naomi Cooper is funny. Know that."- Jeff Garlin (Curb Your Enthusiasm)