You are here: Home > Things to do > Flower Makers' Museum 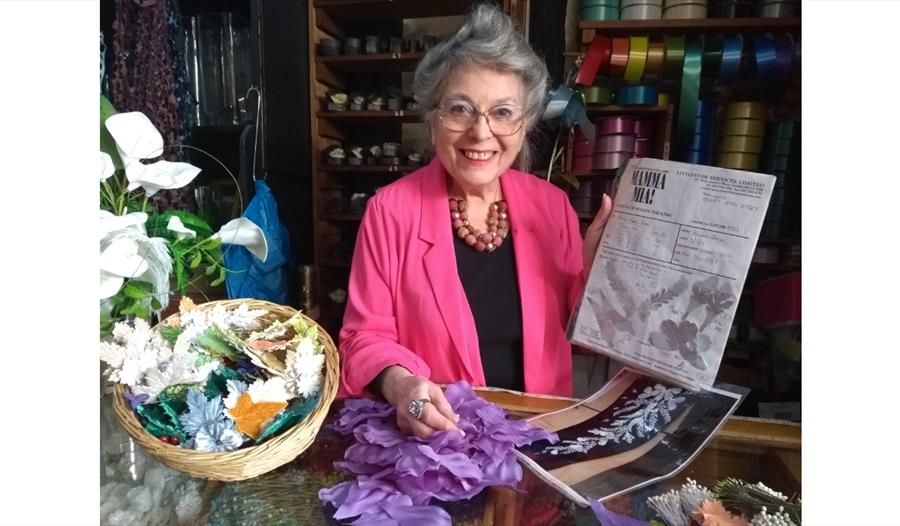 The Shirley Leaf & Petal Company, an extraordinary family business which dates back over 110 years, can be found in Hastings Old Town. Despite its humble surroundings, the company has an extraordinary global reputation as a leading supplier of artificial flower and plant props for film, theatre and television productions.

In the basement of the old pharmacist building, the Flower Makers' Museum displays thousands of original company tools of the trade, machines and fabrics which are still in use to this day. Approximately 10,000 cutting tools and flower irons can be seen reproduced from moulds made from casts of leaves from all around the world.

All the samples on display are company originals, as are the old clocking-on machine, bridal headresses (including an R.A.F. pearl tiara), correspondence from the 1920s, Union Jack apple leaves and spools of raw thread used for bindings. It's here that you'll find out about the company's impressive client list and samples of work dating back through the decades.

The Shirley Leaf & Petal Company's reputation among costume and set designers is spread worldwide by word of mouth. The owner, diminutive Brenda Wilson, and her staff produced the rose petals for Ridley Scott's 'Gladiator' and the giant wisteria for the set of the Broadway and West End production ‘Frozen the Musical’. Lady Gaga’s costumes and royal outfits such as one worn at a recent royal christening, all bear examples of the team’s work.

In Victorian and Edwardian days, artificial flowers made from velvets, silks and satins adorned the ladies' ball gowns, whilst waxed flowers were used for bridal occasions.

Now you too can learn from the professional! Brenda is offering workshops to anyone wanting to learn some of her extraordinary skills. Using vintage fabrics and artificial flowers and leaves, learn to make something special for a loved one’s wedding outfit or special occasion. An original gift for a special friend or relative. Workshop prices start at £25 for an hour and a half. Small groups or individuals. Enquire at the shop on 01424 427793.

Note: Prices are a guide only and may change on a daily basis.